Home About Subscribe CBF Blogs Join Us Take Action Donate
What You Can Expect from Maryland's 2014 Legislative Session
Photo of the Week: Brownie's Beach Sunrise

Recommendations for a Healthier Bay 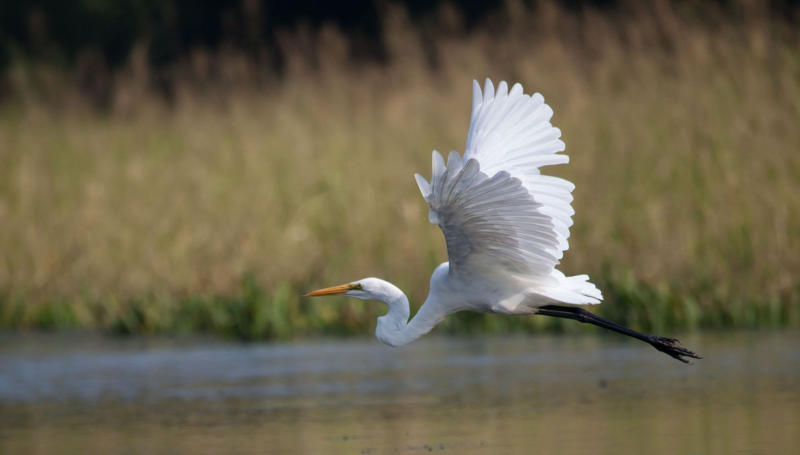 Roughly 30 years ago, the leaders of the Environmental Protection Agency, the state of Maryland, the commonwealths of Pennsylvania and Virginia, the District of Columbia and the Chesapeake Bay Commission embarked upon a historic and ambitious journey to work to restore the Chesapeake Bay.

As the 30th anniversary of the signing of the first bay agreement approaches and the Executive Council is considering a new agreement, it seems appropriate to look back at the program's successes and failures and learn from them, with the goal of identifying actions that will help fulfill the vision of a restored bay. With that in mind, we offer the following eight recommendations, on behalf of the Chesapeake Bay Foundation.

The Chesapeake Clean Water Blueprint, composed of the pollution limits established by the Chesapeake Bay Total Maximum Daily Load, the associated Watershed Implementation Plans, along with the accountability framework, represent "the moment in time" for bay restoration. While progress has been made, we need your continued commitment to this effort. Specifically, we urge jurisdictions to view EPA's pending assessment of milestone achievements as the opportunity to conduct an honest examination of their programs. They should focus their efforts on identifying areas that need improvement, as opposed to fending off criticism or defending current programs.

Recommendation: EPA needs to ensure bay jurisdictions stay on track, achieve milestone commitments or face consequences for failure. In addition, we encourage the states and the District to continue to engage interested stakeholders in implementation efforts.

Recommendation: Jurisdictions should hold regular meetings of the advisory committees and workgroups associated with WIP implementation. The most costly and challenging aspect of complying with the Chesapeake Clean Water Blueprint is reducing and maintaining pollutant loadings from urban/suburban areas. The majority of this responsibility falls to local governments, many of which currently lack the technical and financial capacity to achieve and maintain the necessary pollution reductions. As a result, many local jurisdictions are pushing back against what they see as an "unfunded mandate."

Recommendation: EPA needs to provide oversight of municipal stormwater permit development by the states. At the same time, the states must create permits with clear standards and full accountability, benchmarks and deadlines, and implementation plans directly connected to achieving TMDL waste load allocations. Further, the states must commit to assisting local partners with financial and technical support.

Recommendation: The partnership should better use its existing connections to local governments to help them develop the technical and financial capacity to succeed. The new Bay Agreement should contain explicit goals regarding local government involvement. One strength of the partnership is in providing a forum for the exchange of ideas, lessons learned and facilitating innovation. Providing a venue for the development and transfer of creative stormwater financing mechanisms would be an ideal role for the partnership. CBF supports the creation of a Finance Advisory Committee that would serve as an expert resource for local governments, as well as assist in developing financing strategies to achieve broader conservation goals.

Recommendation: Create a Finance Advisory Committee. It is time to re-energize and engage the broader group of agencies and stakeholders that have felt somewhat disenfranchised in recent years. We support a new Chesapeake Bay Agreement with a broader set of goals and outcomes. We are struck, however, by the "workman-like" approach to the development of the new agreement. The agreement should be an opportunity to reinvigorate the program and reaffirm the vision for, and framework to achieve, a healthy watershed.

Recommendation: Create a new Bay Agreement that is broad in scope, aggressive in action and effective in outcome. The Chesapeake Clean Water Blueprint and the Executive Order 13508 for Chesapeake Bay Protection and Restoration are in place, charting a course for action and providing mechanisms to assess progress.

Recommendation: Do not allow jurisdictions to "opt in or out" of the various goals in the new agreement. It should specify roles and responsibilities of state and federal partners. Clarifying expectations and roles of the various jurisdictions in the new agreement should not preclude the development of, and commitment to, strong goals and outcomes.

We acknowledge the hard work and commitment that has led to progress toward restoring the bay and its rivers and streams during the past 30 years. There is much of which we should feel proud, but as highlighted in the recent Bay Barometer, there still is more work to do. CBF remains a willing and active partner to ensure progress continues and the goal of a clean bay is achieved.