Home About Subscribe CBF Blogs Join Us Take Action Donate
Photo of the Week: Low Tide at Hughlett Point
Conservation in the Face of Change 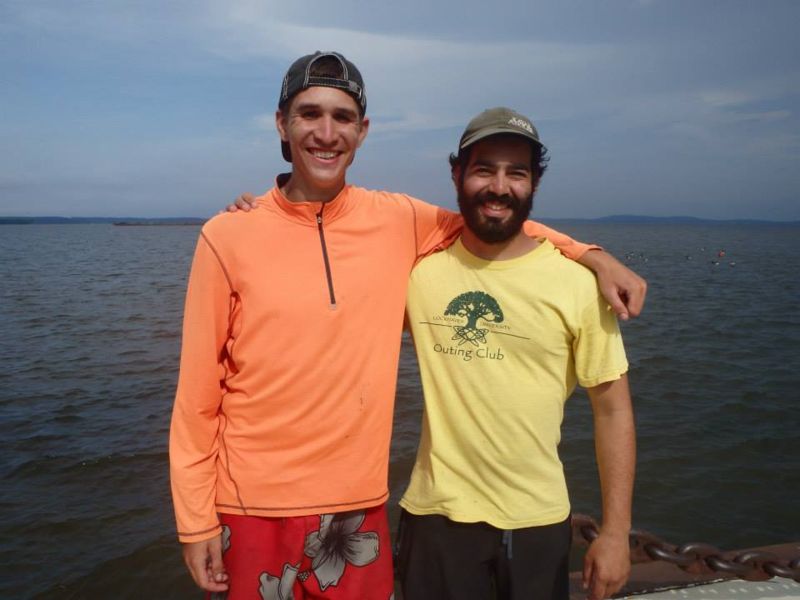 Andrew Phillips grew up with a love of adventure and the Susquehanna River.

The 20-year-old environmental health major at West Chester University disappears for days with his backpack, wants to join the Peace Corps, and has a mission trip to Guatemala under his belt. 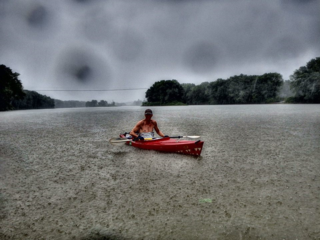 Andrew Phillips, finds there’s nowhere to go but down river during yet another downpour, at Great Bend, New York.

Phillips' lifelong interest in water was piqued in high school on a paddling trip with the Chesapeake Bay Foundation's Susquehanna Watershed Education Program, where students tested water quality and surveyed aquatic life in nearby Walker Lake.

His senior year of high school at Selinsgrove High School, Phillips and a friend kayaked 120 miles of the Susquehanna from Selinsgrove to the Chesapeake Bay. It left him wanting more.

So earlier this summer, Phillips and buddy Mauricio Martinez stepped into a crystalline stream at the southern point of Otsego Lake, New York, and began their trip down the entire length of the mighty Susquehanna. The 464 miles would take them from Cooperstown, New York, to where the river meets the Chesapeake Bay at Havre de Grace, Maryland, during the most steamy and stormy two weeks of the season.

Phillips describes his extraordinary experience below in a series of observations . . . 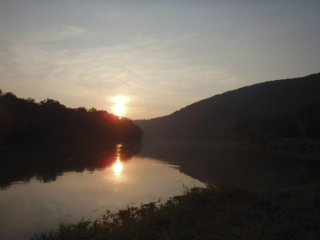 There were memorable sunrises during the journey. This one was along Towanda Creek, Pennsylvania.

River runs north: "It was kind of disorienting to be kayaking downstream and yet, due north. [The river enters Susquehanna County then curves back northward toward Binghamton, New York.] When we saw the sun setting, it was on the wrong side of us. The river is so winding, you really only see a quarter mile at a time."

Changes: "The murkier water as we headed downstream was so different from the pristine clear water that was at the headwaters. The river seems burdened by the pollutant load, especially the sedimentation. We passed through miles and miles of cornfields on both sides of the river and it is greener, less transparent, and more difficult to see through. The agricultural lands were obvious from the river, as the steeply-eroded, muddy banks and lack of trees create the feeling of being exposed. We could see so tangibly the problems we know exist."

Wildlife: "Peregrine falcons, snapping turtles, otters, a fox on the shoreline. Many species use the river so you are going to see a lot. I've seldom seen river otters so it was cool to see seven or eight. We saw more eagles than ducks." 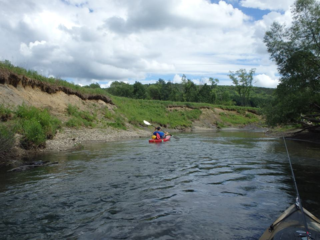 Andrew Phillips paddles the first few, narrow miles of the Susquehanna and past streambank erosion and farm fields.

A night like no other: "With only 100 miles to go, we were south of Selinsgrove in yet another storm--the straw that broke the camel's back. We took shelter in a duck blind and it had bees. We moved to under a tree that turned out to be poison ivy."

Flipped for Harrisburg: "I'd gone through that riffle before. It's kind of dangly and didn't leave much of an impression. It was the lowhead effect; you can't see it until you are on top of it. This drop was so abrupt that the nose of my 10-foot, 10-year-old recreational kayak went straight down. I wasn't embarrassed, 350 miles of brutal water tears that out of you. There were fishermen nearby and they were laughing."

Eats: "Spartan provisions. We anticipated catching fish but didn't due mostly to a lack of time. Mauricio caught a 42-inch muskellunge in Towanda Creek. Uncooked Ramen noodles was our chief staple. Every night [we feasted on] a stew made of beans, Ramen noodles, coconut oil, and some adobo. Paddling for 12-14 hours a day you need a lot of fuel." [They also found their favorite mulberries along the way.] 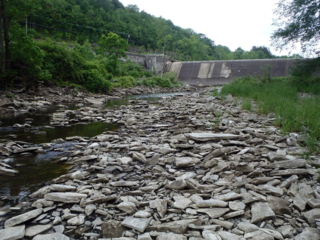 The area below the dam at Goodyear Lake, New York, provided one of the journey’s toughest portages.

Shad: "We saw a dead American shad on the shore below the small lowhead dam at Harrisburg. For the shad to have made it upstream through those dams is incredible."

Smallmouth bass: "With strange growths found on fish [recently], especially in my area [Selinsgrove], which was the smallmouth capital of the world, it's a huge tragedy. Mauricio still catches smallmouth occasionally near Danville."

Under cover: "Campsites are hard to plan for. The bridges were a lifesaver with all the storms we had. It was arid until we left, and then it was heavy storm after storm. [We had] maybe four nights when it didn't rain. It was 100 degrees with 100 percent humidity."

Drinking water: "At the river's headwaters, a small portable filter is sufficient. As you move downstream it's recommended that you not use them after passing agricultural land. So we bought gallon jugs of water and refilled them along the way." 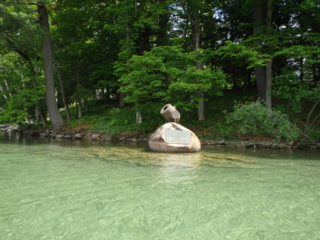 A small cannon and plaque on a boulder near Cooperstown, New York, are the monument marking the official headwaters of the Susquehanna River.

Trip of the dammed: "The dams are a real threat to the [Susquehanna]. You take this pristine river and build a wall in front of it. Sediment builds up and you end up with this shallow, hot, stagnant reservoir that's really not conducive to any life."

Kindness of others: "We met interesting people along the way. When you are out on this trip and lacking human contact, it's easy to ask for help with portaging, water, and food."

Still waters: "Near the Safe Harbor, Holtwood, and Conowingo Dams, the kayaking is brutal. [The river becomes] essentially lakes where there's no help from the current. In the headwaters and open areas we covered 40-50 miles a day, easily. At the dam, 30 miles is a stretch."

Grand finale: "It didn't dawn on me until we unpacked. At Havre de Grace, it's incredible. It was the promised land of sorts. The sky opens up and you see this huge, open Chesapeake Bay after being closed by mountains and cliffs for almost 500 miles. It's a really incredible sight." 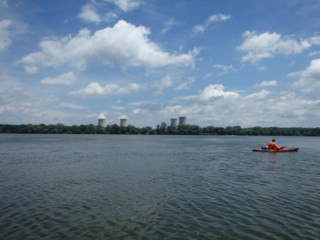 The Bay: "Everybody is downstream. The Bay acts like the dipstick for the whole region. There are so many different threats from so many different angles. We were kind of like flotsam going down the river and saw how this system impacts the Bay itself."

Lasting impression: "Rivers are conveyor belts that show the health of the entire land. [The Susquehanna] is more than a cause that you reluctantly write a check for. This is our sacred space. There are settlements along the way, and they are fixed, but this river runs through them and refreshes itself. You really get a feel for it, like it's an old friend instead of a body of moving water."

Congratulations Andrew on competing a lifetime, memorable journey and achievement. I have a feeling that this is just the tip of the iceberg with many more adventures to follow!!!

Great story, thanks for sharing. If I were 40 years younger, I think I would be doing the type of things you are. Thank you and thanks for your help in making the world a better place.

Always happy to see folks working hard to conserve nature. Such an inspiring story. Glad you found your inner purpose and put it to good use. Thanks for sharing your story!