The "War on Watermen" 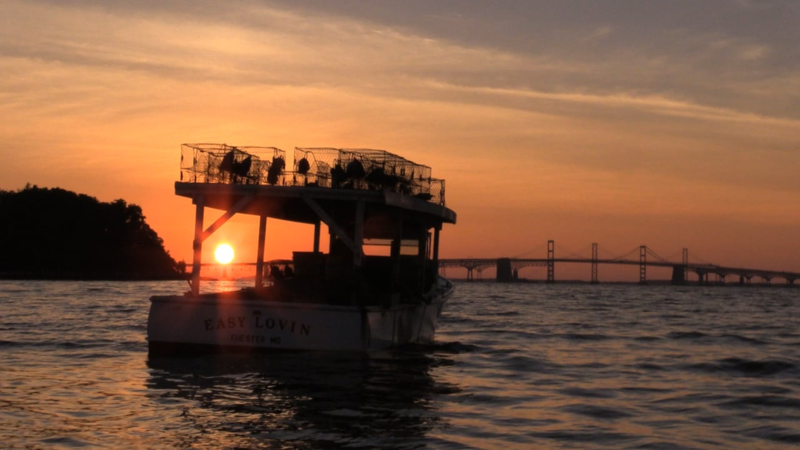 The following first appeared in the Baltimore Sun earlier this week.

The Maryland Department of Natural Resources (DNR) has been accused of waging a "war on watermen," and watermen are fighting back, seeking changes in the way the bay's fisheries are being managed. They say their livelihoods are being undermined and their culture threatened. They are right about that, but they are directing their anger at the wrong people.

Maryland's oyster restoration program is a focal point for this dispute. In 2010, as part of a comprehensive effort to turn around this important but depleted resource, DNR set aside 24 percent of Maryland's productive oyster grounds as "sanctuaries" where harvest was not allowed. The idea was to build up oyster numbers in these areas so they could provide "ecological" benefits, such as filtering the water and building reefs, and also reproduce prodigiously to boost the population.

Maryland watermen have always had access to all oyster grounds, and they want it to stay that way. However, this history of allowing harvest everywhere is well documented as one of the main reasons the Bay's oysters declined to 1 percent of their previous abundance by the 1980s.

In our view the sanctuaries are actually the best hope for watermen, because they promise to boost reproduction and help turn around the fishery. By leaving 76 percent of the resource open to harvest, DNR is actually deferring to watermen's concerns, considering that a recent University of Maryland study recommended completely closing the fishery.

But the question should not be whether to compromise the resource again to give the watermen a short-term windfall. It should be, why are watermen barely getting by on a body of water like Chesapeake Bay with a storied history of productive fisheries? No doubt overfishing has been a factor historically, but the fundamental reality is that today's degraded Chesapeake Bay cannot produce the fish and shellfish it once did. And DNR officials must, as responsible stewards of those resources, limit catches accordingly.

The bay is choking on an overload of nitrogen, phosphorus and sediment from a variety of pollution sources. The results of this over-enrichment are massive population explosions of algae that turn the water to pea soup from spring to fall. This cloudy water blocks sunlight from underwater grasses, reducing this critical habitat for crabs and juvenile fish to only 20 percent of historical coverage.

Furthermore, dead algal cells fall into deeper water where they decompose, burning up precious dissolved oxygen. The resultant "dead zone" can claim up to 40 percent of the Bay's volume where no fish or shellfish can long survive. Low dissolved oxygen has been implicated in a wide range of impacts to fish and shellfish, including diseases of both oysters and rockfish. It also crowds blue crabs into shallow water where there is no grass bed coverage, and predation, competition, and cannibalism take their toll.

This is the real "war on watermen." It's also a war on recreational fishermen and crabbers, as well as charterboat captains and anyone else who derives enjoyment from the fish and shellfish of the Bay. Pollution is not just an abstract concept. There are real human impacts, and watermen and their families are the poster children for those impacts. They are right that their livelihoods are being undermined and their culture threatened. That culture, from workboats on the Bay to seafood restaurants on shore, is the most compelling reason for saving the Bay.

Watermen need to direct their anger at the real culprits. Attacking public servants only doing their jobs is shooting the messenger. The root cause of the watermen's culture crisis is the degradation of the Bay.

The good news is it can be fixed. A formula exists for how to reduce nitrogen, phosphorus and sediment pollution: the Chesapeake Clean Water Blueprint. Every state and jurisdiction in the Bay's watershed has a role to play under the Blueprint, because the cause is ultimately human activity throughout the watershed.

Few people realize they are complicit in this war on watermen, but that's the bottom line. Watermen can help them understand that by becoming strong advocates for the Blueprint. If all fisheries stakeholders worked together and helped create a greater sense of urgency for reducing pollution, this war could be won, and the Bay could again support productive fisheries.

Sign our Chesapeake Clean Water Blueprint pledge showing your support for a healthy, restored Bay, rivers, and streams that support our watermen, our communities, and our quality of life.