Fones Cliffs: It Could Be Lost Forever, Part 4 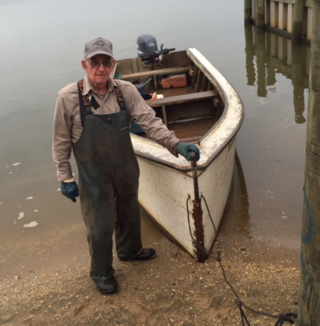 Waterman Albert Oliff lands his skiff at Carter’s Wharf. Oliff has been fishing the Rappahannock for more than 50 years. Photo by Hill Wellford.

For 20 years Wayne Fisher has made a living as a waterman on the Rappahannock River in Virginia's Northern Neck, following in the footsteps of generations of fishermen in his family. These days, Wayne and his son Aaron work their pound nets on the highly productive stretch of river sandwiched between Fones Cliffs and Beverly Marsh, often teaming up with longtime waterman Albert Oliff. Pound nets are an ancient fishing technique, and these watermen are carrying on a way of life that has changed little since Captain John Smith sailed through this area in 1608.

But change is afoot on this part of the Rappahannock. In recent years, fewer and fewer pound nets are worked on the river as sediment clouds the water and more and more recreational boaters accidentally damage nets and free the catch, the watermen say. Fisher fears that the proposed massive development at Fones Cliffs* will further threaten the Rappahannock's fishery. "I certainly depend on this river full time. It's how I make a living, it's how I support my family, and it's how I pay my bills," he says. "This development would affect my livelihood, causing more runoff, more erosion, and more boat traffic." 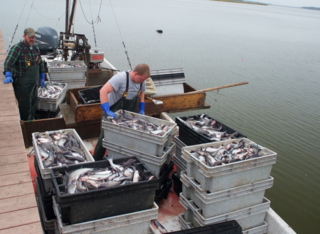 What worries Fisher is the scale of the commercial development, along with the likely increased sediment and nutrient runoff into the river from the homes and golf course. "If they had asked for something simpler like 50 homes that might have been alright. But what they want to do is completely outrageous—718 homes, a hotel, horse stables, a golf course, seven piers. I don't see how you can even put in seven piers there," he says. "I have a concern for the river. It's not just a concern for me as a waterman, it's also a concern for the tributaries and the Bay."

Fisher's concerns are especially timely this week, as Richmond County is set to consider on October 8 a request to rezone nearly 1,000 acres along Fones Cliffs, a move that would pave the way for the development. "More buildings mean more runoff and more chemicals in the river. Richmond County needs to take into consideration that this river is how I make my living. It is how I survive. Don't take that away from me," he says.

Stand with us in protecting this jewel of the Rappahannock for all the fish and watermen who depend on it. Click here to sign the petition to Save the Eagles, Save Fones Cliffs before the rezoning hearing this Thursday, October 8!

*The part of Fones Cliffs that is owned by the Diatomite Corporation of America.

Learn more about Fones Cliffs and why it's important in our blog series here. 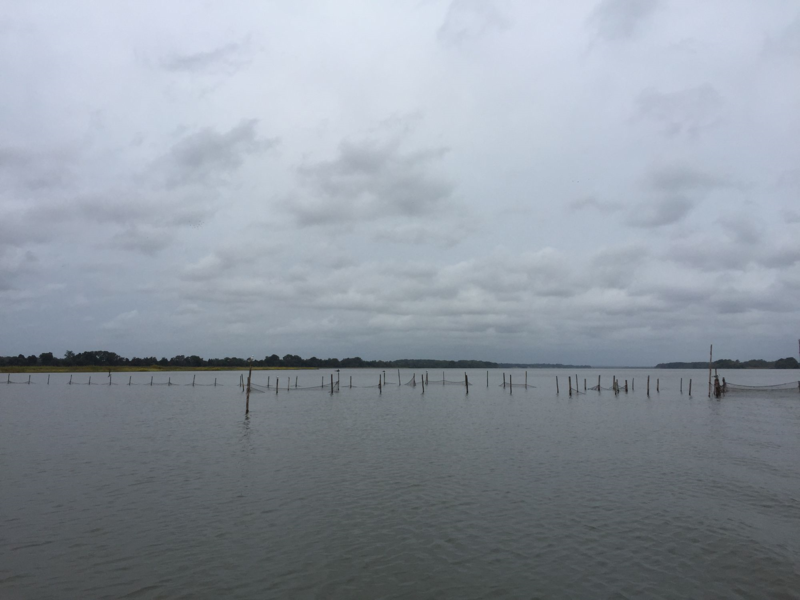 The watermen set their pound nets in the productive stretch of the Rappahannock between Fones Cliffs and Beverly Marsh. Photo by Kenny Fletcher/CBF Staff.