A Restored Chesapeake Bay Hanging in the Balance 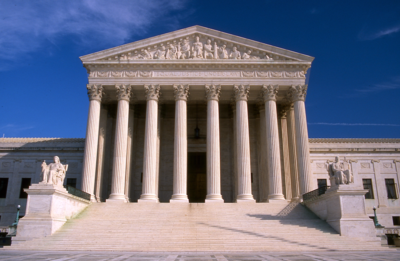 What Happened
In December 2010, after more than 25 years(!) of failed agreements between states in the Chesapeake Bay Watershed to work together to clean up the Bay, EPA, using its authority under the federal Clean Water Act, issued the Chesapeake Bay Total Maximum Daily Load (TMDL). This "TMDL" is a scientific estimate of the maximum amount of pollution a body of water listed as "impaired" can accommodate and still meet water quality standards.

All six Bay states and the District of Columbia developed and agreed to the pollution limits set in the TMDL, and they developed concrete plans to meet these limits by 2025. The pollution limits and the state plans combined are referred to as the Chesapeake Clean Water Blueprint. As part of the Blueprint, for the first time ever, the federal and state governments agreed to two-year incremental milestones for pollution reductions and established consequences for those states that failed to meet their assigned goals.

But less than two weeks after the Chesapeake Clean Water Blueprint was born, the American Farm Bureau Federation and the Pennsylvania Farm Bureau filed suit to try to stop the Chesapeake cleanup from moving forward. We, along with several other environmental groups and municipal wastewater treatment providers, moved to intervene in the case to support EPA and the plan to restore the Bay and its rivers and streams. The National Association of Home Builders and several large agricultural lobbying groups like the Fertilizer Institute and National Chicken Growers Association joined the Farm Bureau.

In September 2013, the Federal District Court for the Middle District of Pennsylvania upheld the legality of the Chesapeake Clean Water Blueprint, citing it as a model of "cooperative federalism." Yet, the Farm Bureau appealed to the Third Circuit Court and was joined as "friends of the court" by 20 states from outside of the Bay Region. On July 5, 2015, in an historic win for clean water, the Circuit Court upheld the District Court's decision in a unanimous ruling.

Recently, in the latest round of attacks on clean water restoration, the Farm Bureau petitioned the United States Supreme Court to hear its challenge to the Blueprint by filing a Petition for Writ of Certiorari on November 6, 2015. CBF and EPA filed Briefs in Opposition to the Petition for Certiorari on January 19, 2016.

What's at Stake
The Blueprint is a landmark planning tool, created cooperatively between the Bay states and EPA. It's our best—and perhaps last—chance at real clean water restoration in the Bay and the rivers and streams that feed it. Nitrogen, phosphorus, and sediment pollution flowing into the Bay from its tributaries cause dangerous algal blooms, create massive dead zones, and threaten oysters, blue crabs, and all the extraordinary creatures that call the Bay and its rivers home. The Blueprint will limit the flow of these harmful pollutants into the waters we all love. What's more, a recent economic report showed that a restored Bay will reap economic and recreational benefits of $130 billion annually!

What Happens Next
With Supreme Court Justice Scalia's recent death, the court is now comprised of eight justices. It takes four votes for the court to decide to hear the case. If the court rejects the appeal, the Third Circuit decision will stand and the Bay TMDL will be preserved. If the court decides to take the case, the appeal will be briefed over the summer and argued in the fall of 2016 with a decision either late in 2016 or early 2017.

Stay tuned for details on this critical fight!

UPDATE: On Monday, Feb. 29, in an historic win for clean water across the region, the U.S. Supreme Court denied the request of the American Farm Bureau Federation and its allies to take up their case challenging the legality of the Chesapeake Clean Water Blueprint.

As CBF's Vice President for Litigation Jon Mueller said: "For five years we have fought in the courts to defend a commonsense solution to reducing pollution, a solution borne of a cooperative relationship between the states, the federal government, and the citizens of the Bay Region. Today, that fight has ended. Now, we can all lay down the law books and focus on the hard work of restoring the Bay to a healthy and vibrant state." Read more.