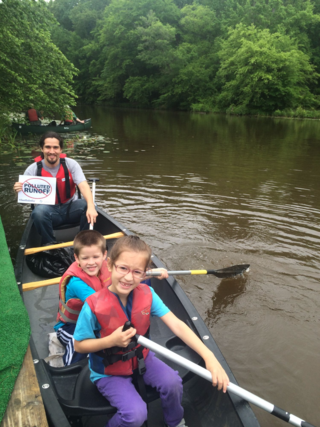 Among the thousands of volunteers across Virginia who came together on Clean the Bay Day, this year there was a big presence from the Hispanic community. Like every year of the past 28 years, volunteers got together to clean up trash from beaches and parks with rivers and streams that reach the Chesapeake Bay. But for the first time we launched bilingual sites for this Virginian tradition, which is now also known as Día de la Bahía.

Oscar Contreras took his two kids to Pocahontas State Park, where from a canoe they picked up trash. "Across human history, the perfect place to start a civilization has always been near rivers and beautiful places. These rivers feed the Bay, taking water with them. Unfortunately, they also carry trash. That affects the Bay and the environment," Contreras said in his radio program Community Focus on Radio Poder WBTK.

The Richmond area had two bilingual sites in this massive cleanup campaign, including Ancarrow's Landing and Pocahontas State Park. In total, more than 50 volunteers from the Hispanic community helped out, with most of them coming from Richmond's Sacred Heart Center. 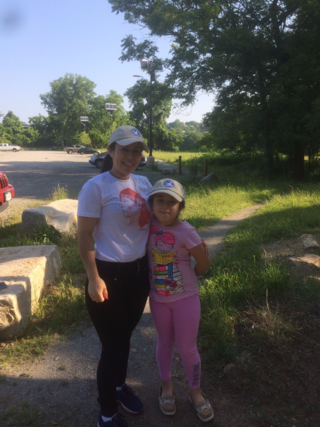 It was early on a hot Saturday morning, but the volunteers still came. They wanted to take care of the environment and animals, to raise awareness, to feel proud after helping, and to contribute to the community.

Many people came with the whole family, picking up bottles, plastic, fishing line, clothing, aluminum, and even construction materials.Dania Hernández was surprised by how much trash she found at Ancarrow's Landing. "It's a lot of trash. It's sad how people can destroy the environment," Hernández said. But she hopes that she's making a difference. "The people who are here fishing see that we are picking up trash. I hope that we're raising awareness so that they don't just leave their trash behind, but instead pick up any they have with them." 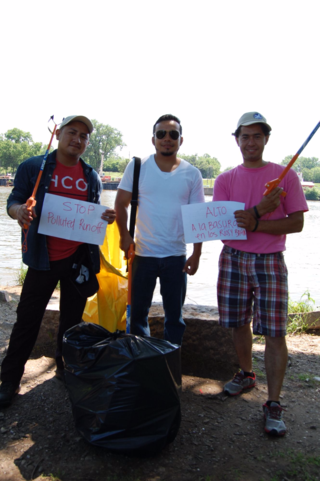 Karina Murcia is nine years old and was very happy to help. "I like what we're doing. It's really important to me," Karina says. "The animals need to live, and if they eat bad things they could die."

Alicia is only 13 years old, but she knows exactly why she came to help. "We are cleaning up because eventually if it rains it's going to wash off to the river. Fishing season is coming and if the fish eats it then we are going to eat it," Alicia says. "Because the weather and the erosion will take this trash into the water, it's going to be dangerous."

Many volunteers said they felt really good after the cleanup, including Marvin Cáceres, originally from Honduras. "After you finish you feel proud of yourself, just because you know that you are saving nature," according to Cáceres. "It is my first time doing this, I wasn't familiar with the Foundation or the program. But I really like it because we can show our kids and they are going to pass it on. Save the Bay, brother!"

activities were very caring nature , good health is always given that this kind of activity can be done on a regular basis