I like to think of wild celery as an underwater plant fit for the Disney princess Ariel. Its Kelly Green color, smooth and straight blades, and undulating motion are inherent in the picture-perfect world of Disney—and in clean rivers and streams.

This beauty and unmissable ecological value drives hundreds of Virginians each year to grow wild celery at home, January through June, and then plant the vegetation at restoration sites in the late spring and summer. These grasses or Submerged Aquatic Vegetation (SAV) have a slew of benefits: They serve as habitat and food source for critters, reduce wave action to prevent erosion and protect shorelines, filter pollutants and sediment out of the water column, and oxygenate our waterways. Unfortunately, algal blooms and sediment block sunlight—reducing total acreage of grasses to roughly only 20 percent of historic levels.

That's where CBF's Grasses for the Masses program comes in! The process, while rewarding for growers and the underwater critters that depend on them, is an equally heartbreaking occasion akin to sending your 18-year-old off to college. The grasses, once planted, must go off into the world and survive on their own.

This year, 279 volunteers from all walks of life participated in our Grasses for the Masses program, devoting nearly a half of their year to growing 40,000 grass seeds and planting them across roughly 30 square meters in Virginia rivers! We are only more encouraged by the recent news of the rebounding of grasses, which are up by 20 percent across the Bay. Programs like these along with pollution-reduction efforts are working.

No matter how long I've been a part of this critical program, its the passion and commitment of our volunteers to restoring underwater grasses and clean, healthy Chesapeake waters that never ceases to amaze me. Take a look at the photos below to see their extraordinary work in action, and make sure to join us next year! 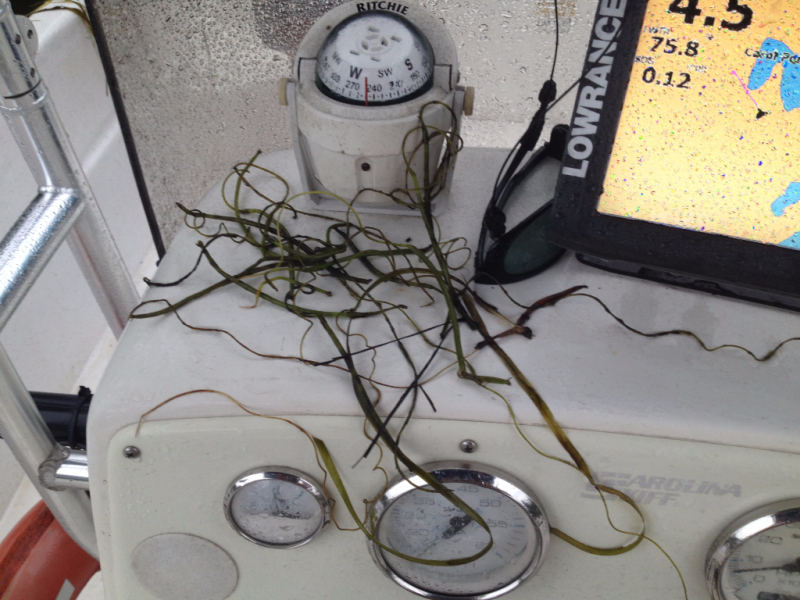 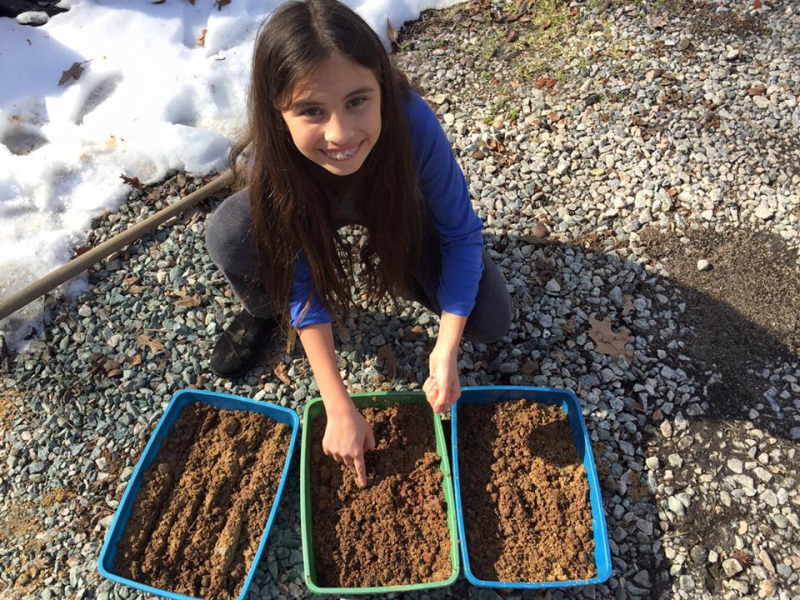 After attending one of 10 CBF workshops across Virginia, growers take home their kits, grass seed, and new knowledge of how to grow underwater grasses. Albert Bingenheimer and his daughter prepare the soil/sand mixture for their grasses. Photo courtesy of Albert Bingenheimer. 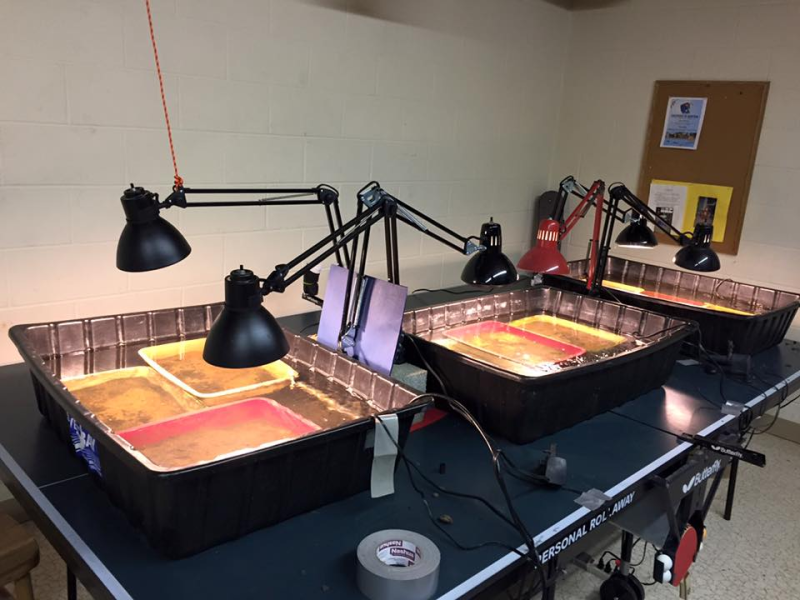 Grower Leslie Mead took full advantage of her ping pong table, which was capable of holding the weight of three kits and lamps. Photo courtesy of Leslie Mead. 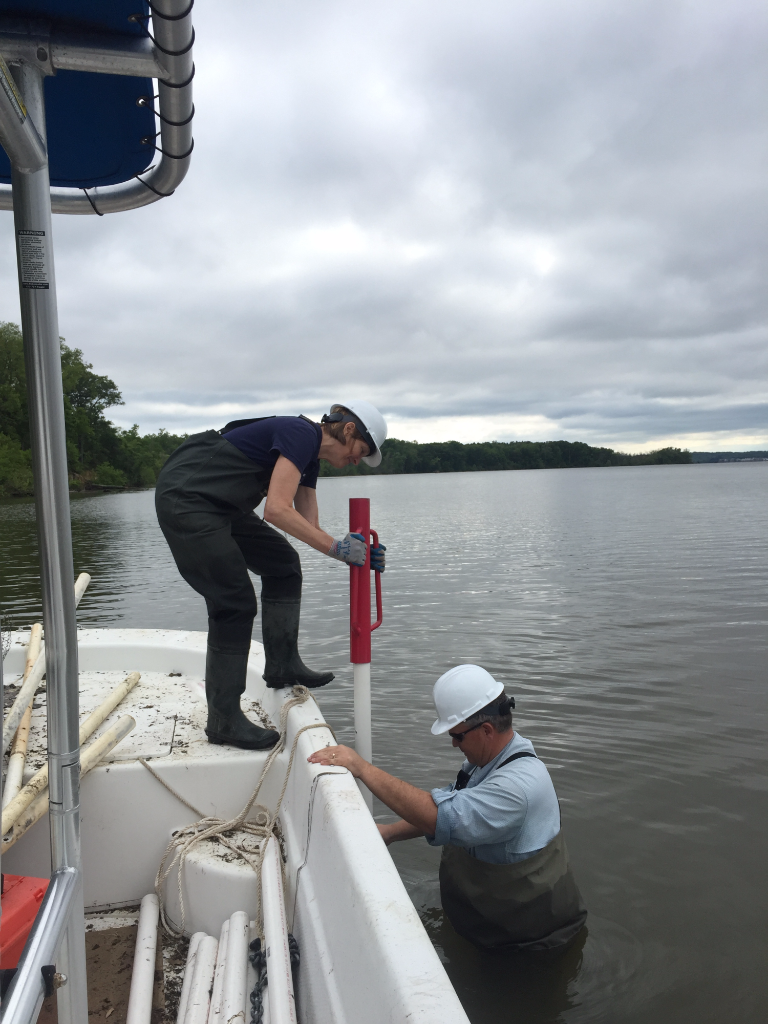 CBF's Outreach and Advocacy Manager Ann Jurczyk and Senior Scientist Chris Moore use a pole driver to repair the struts on the Mason Neck State Park grass enclosure that had been damaged during the winter freeze. The PVC struts hold netting that prevents geese from landing and eating the wild celery grass. Photo by Blair Blanchette/CBF Staff. 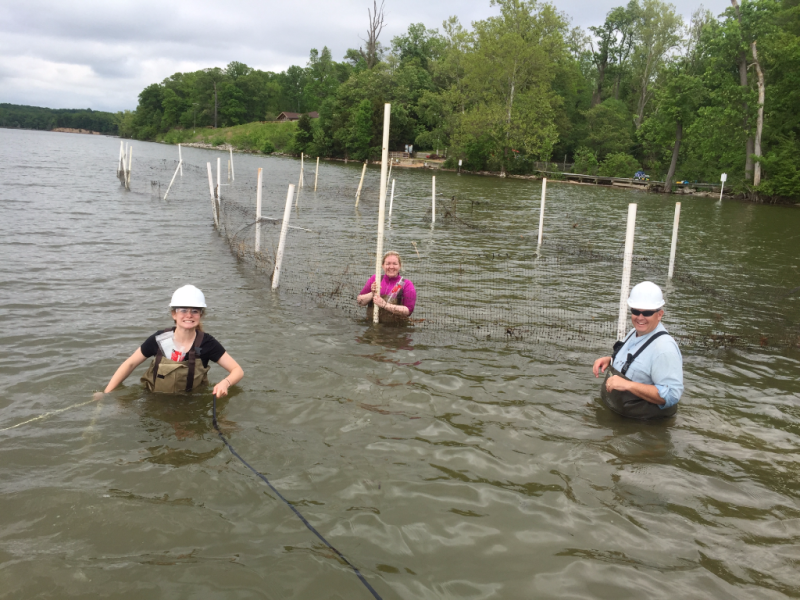 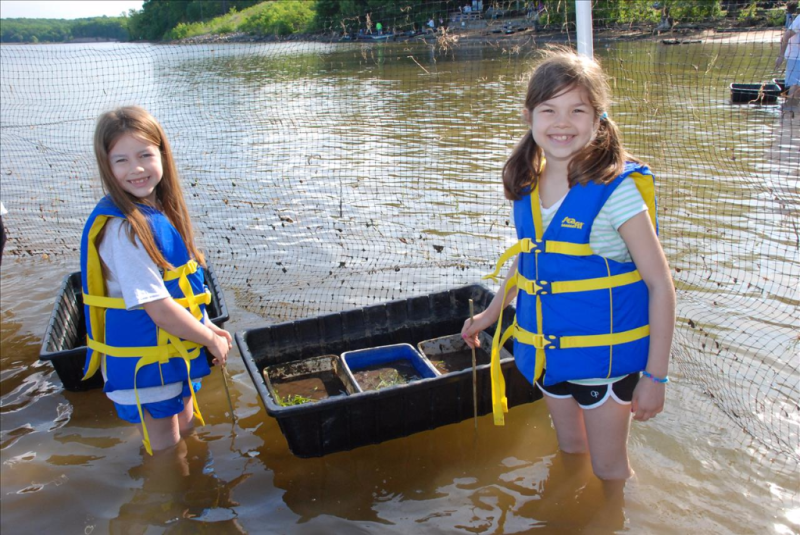 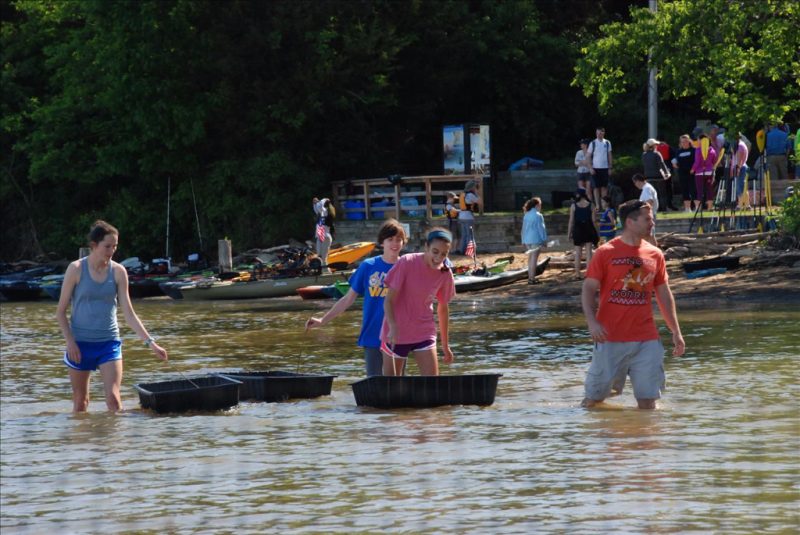 Albemarle County Environmental Studies Academy teacher Adam Mulcahy leads his three students into the water to plant underwater grasses at Mason Neck State Park. Behind Adam’s students, you can see Heroes on the Water preparing for their own event. Needless to say, the fishermen were pleased with the plantings. Photo courtesy of Rock Kulisch. 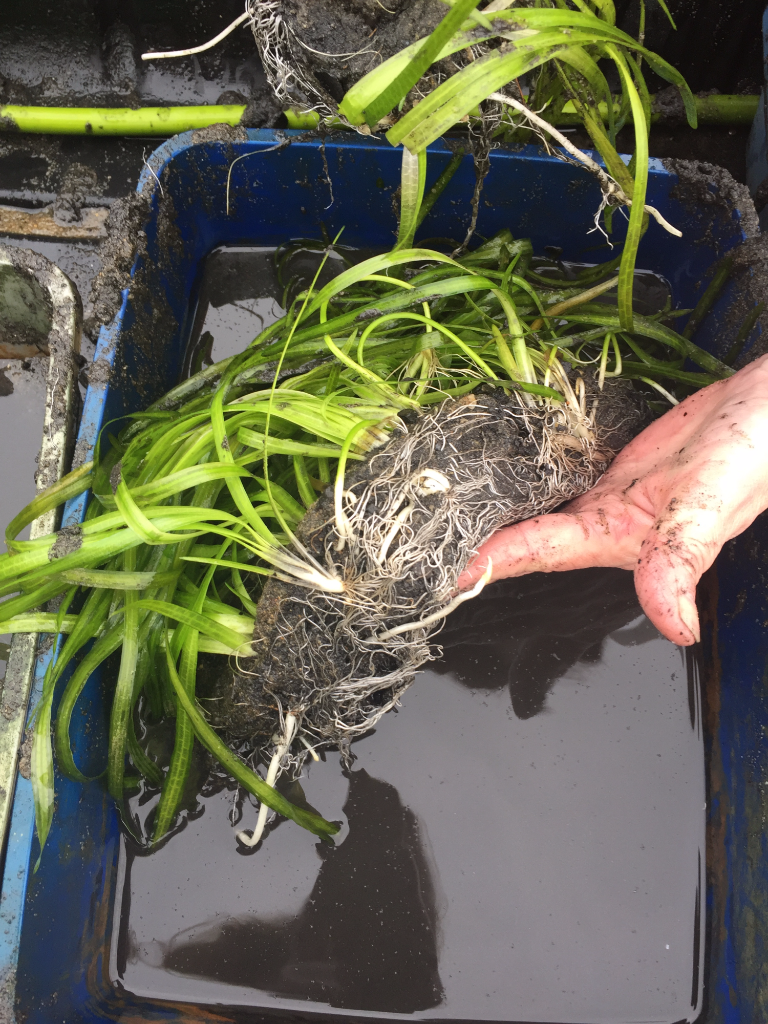 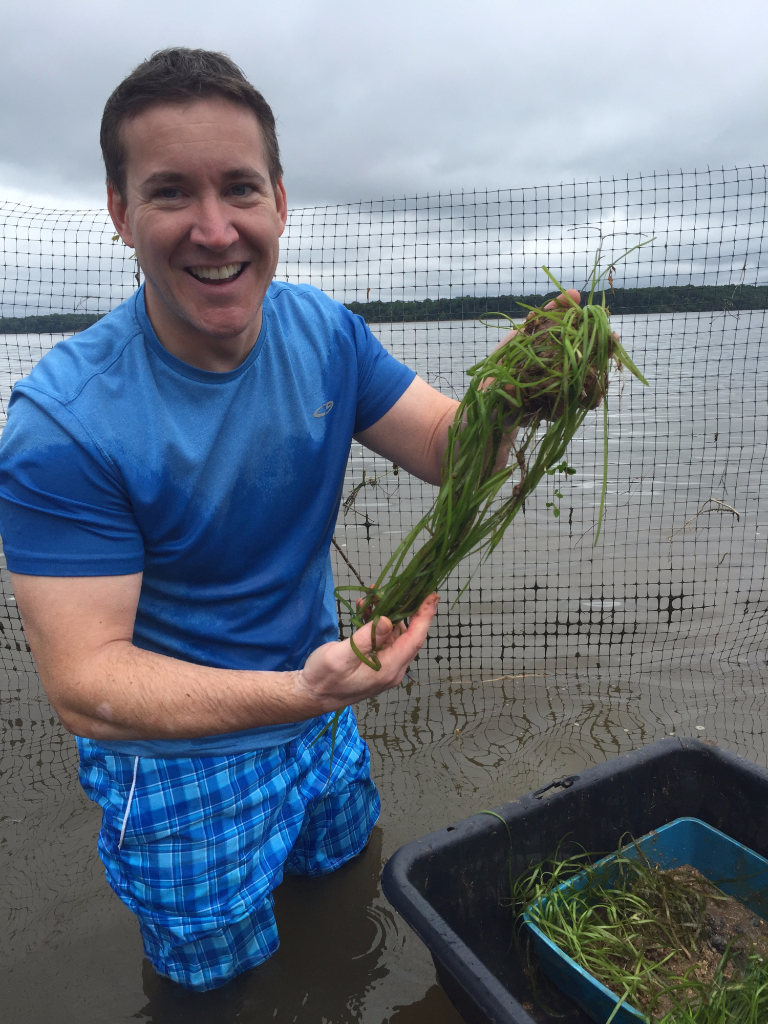 First-time grower Al Bingenheimer proudly displays his record-setting underwater grasses during a Westover Plantation planting. Not even grey weather could dampen the spirits of this Proud Papa! Photo courtesy of Blair Blanchette/CBF Staff. 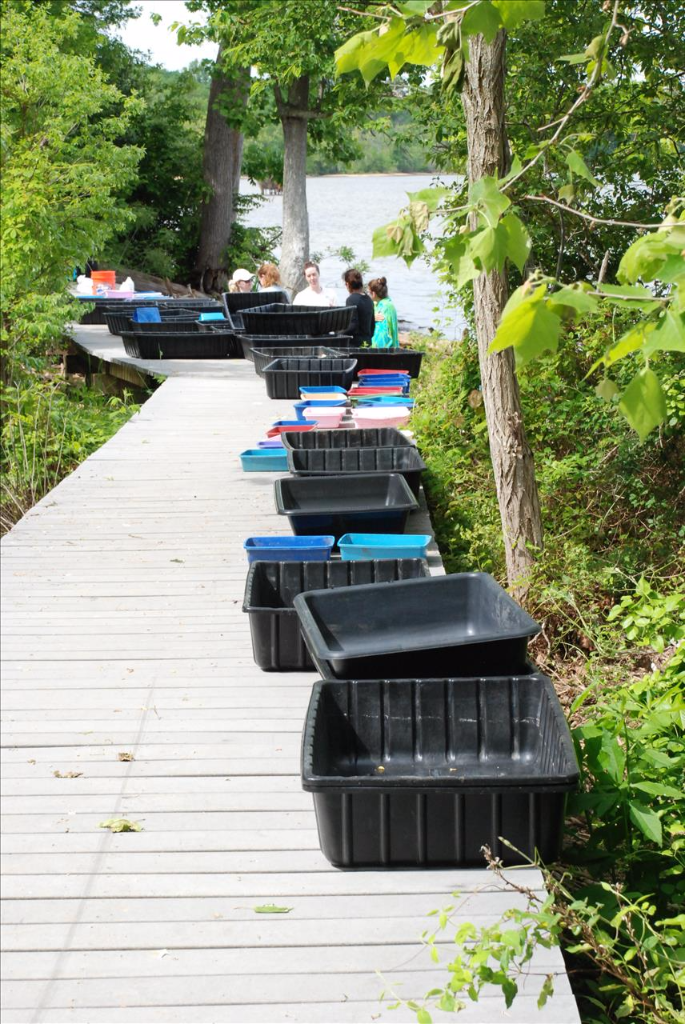 After the grass plantings are over, growers clean their equipment to prepare it for next year's use. At this Mason Neck State Park planting on May 14, more than 50 kits were returned and more than 25 square feet of grass planted! Photo courtesy of Rock Kulisch. After the planting is all said and done, the grass restoration plots are left to grow and create seeds to restore the waterway. Turtles like these Eastern Painted Turtles benefit from the food and shelter provided by underwater grasses. Photo courtesy of Rock Kulisch.

Who do I call to report a neighbor for burning grasses on the beach with a propane torch?

Such a great program. Registration now open for 2017 growing season!