Home About Subscribe CBF Blogs Join Us Take Action Donate
Photo of the Week: Wye River Morning
This Week in the Watershed

Our Vision for the Next 50 Years 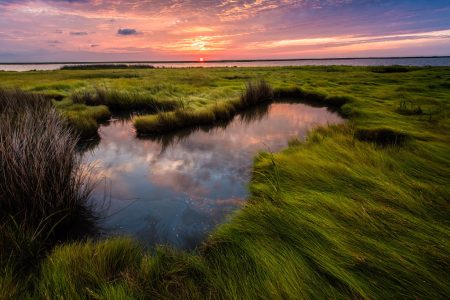 As CBF approaches our 50th year (2017), we are simultaneously encouraged, worried, and determined. Encouraged, because Bay water quality and species abundance are improving. Many scientists believe the Bay has turned a corner and is on the road to systemic recovery.

We worry, however, about complacency and low expectations. The Bay and its rivers could easily slip backwards. We are determined to push even harder — to accelerate our education, advocacy, restoration, and litigation work. We must avoid what happened to Lake Erie, once declared saved and now worse than ever.

When CBF began, Bay fin and shellfish were abundant and diverse. But water quality was already declining. Sewage treatment was in its infancy and industrial discharges were rampant. Agriculture was less intense and therefore less polluting than today, but the movement to more concentrated animal operations was just beginning to generate more pollution. And farming practices which required ever more chemical fertilizers and pesticides were advancing. There was less development, meaning fewer hardened acres and less polluted runoff, but residential and commercial sprawl was starting to take off, beginning the destruction of natural filters, such as wetlands and forests.

Such was the backdrop for CBF’s birth and our Save the Bay slogan. CBF founders were ahead of their time as there was little public, much less political, support for across-the-board pollution reduction. Few people foresaw the system collapse that was on the horizon.

Fast forward to today. Science has given us a thorough understanding of Bay processes, the six watershed states and the District of Columbia are working together, and a Presidential Executive Order has established mandatorypollution-reduction requirements.

The key to real success lies in focusing on water quality in Pennsylvania. Currently, about one-quarter of its rivers and streams (19,000 miles) are designated by the state as impaired. CBF has 20 full-time staff in Pennsylvania. We are clean water advocates in the General Assembly, and promoters of state-of-the-art sewage treatment. On the farm, we not only help landowners establish proven, cost-effective practices that reduce thousands of pounds of pollutants annually, but we also advance policies to take those practices to scale.

We believe in working smarter: spending available money more effectively by targeting agricultural cost-share dollars to the areas of greatest need. While this simple innovation seems obvious, it will require government to interrupt the status quo. If done well, tax payers will save millions, and water will again flow cleanly in Pennsylvania and downstream to the Bay.

Our vision for the next 50 years is a Chesapeake Bay that serves as a model for the entire world.

We can be a regional, non-partisan success story. The Chesapeake Bay can once again be the most productive estuary in the world, teeming with abundant and diverse fisheries while stimulating the economy and serving as a source of great pride to all Americans. It is within our reach, and we plan to be here to see it!

This story was originally published in the the fall 2016 issue of Save the Bay Magazine.