Presidential Executive Order on Reducing Regulations: How It Could Affect Chesapeake Bay Restoration 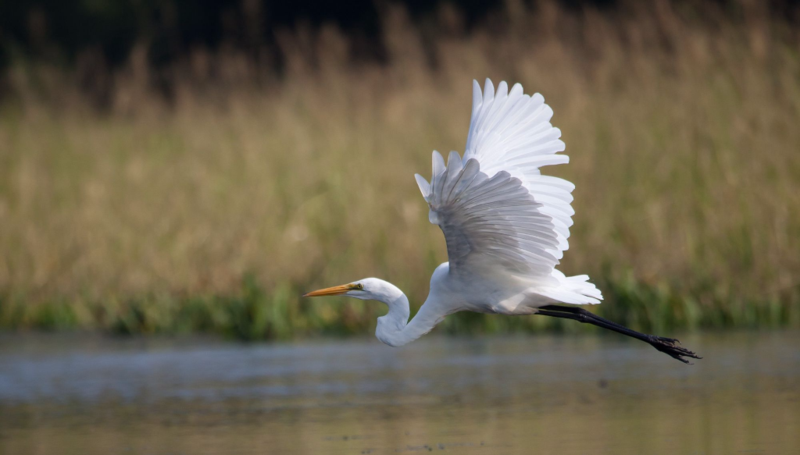 What happened?
On January 30, 2017, President Trump issued an Executive Order stating that whenever any federal agency issues a new regulation or policy, it must also eliminate two existing regulations or policies. Click here to read the Presidential Executive Order on Reducing Regulation and Controlling Regulatory Costs. The order is written very broadly and could apply to every new or updated regulation or agency policy statement. The President also ordered that the cost of implementing new regulations or policies be zero.

How is this Executive Order potentially problematic for the Bay's cleanup plan?
Two federal laws provide the primary means for reducing Bay pollution: the Clean Water Act and the Clean Air Act. Congress empowered EPA to meet the requirements of these laws by developing regulations after considering public and state input. Many of those regulations must be updated from time to time to meet changes in technology that can further reduce pollution or to reflect new scientific knowledge.

Following the Clean Water Act, EPA worked with the Bay jurisdictions to determine how much pollution was safe for people and all the life within the Bay, including rockfish, crabs, oysters and other species, many upon which we depend for food and jobs. The states developed plans to meet those pollution limits for sources within their borders. We call the federal pollution limits and the state plans, together, the Chesapeake Bay Clean Water Blueprint. The deadline for completing the Blueprint is 2025.

In 2017, the pollution limits that are a part of the Blueprint, are due to be updated. It is possible that the update will be covered by the Executive Order. If this occurs, EPA would have to eliminate two existing regulations and ensure that the cost of meeting the new Blueprint pollution limits is zero. Given the amount of pollution to be reduced over six states and the District of Columbia, it would be extremely difficult for EPA to meet that test. EPA therefore could decide to not update the Blueprint, which would limit the effectiveness of the states' plans and lead states to potentially not meet the 2025 deadline.

Even if the Blueprint is not covered by the Executive Order, certain Clean Air Act regulations essential for the Bay's recovery are subject to the order.

The Blueprint recognizes that millions of pounds of nitrogen land directly in the Bay from air pollution. That nitrogen comes largely from burning fossil fuels to, for example, provide electricity and power our cars. The Blueprint provides that new Clean Air Act regulations would limit nitrogen from those sources. Some of those regulations must be updated. Because of the order, however, EPA may not improve those rules and the amount of nitrogen from the air may not be decreased sufficiently to meet Blueprint goals and a restored Bay.

Blueprint success depends upon EPA's ability to fulfill its obligations under these federal laws. However, there are many different ways the order could limit EPA's ability to act—and make it harder for Bay states to hit their pollution-reduction goals. Because, in addition to its legal implications, the Executive Order contradicts the essential partnership that EPA entered into with the states through the Blueprint. The states are relying on EPA's help, and if this order leads EPA to act contrary to the partnership, it will make it that much harder for the states to clean up their local rivers and streams and the Bay.

CBF's legal and policy teams are monitoring the effect of the Executive Order and will take the appropriate actions if required to preserve the Blueprint and ensure Bay restoration.

Click here to learn about what you can do right now to support clean water across our region.