Home About Subscribe CBF Blogs Join Us Take Action Donate
Presidential Executive Order on Reducing Regulations: How It Could Affect Chesapeake Bay Restoration
Save the Bay: Slashes to EPA Funding Would Reverse Years of Progress

The Clean Power Plan: How It Could Affect Chesapeake Bay Restoration 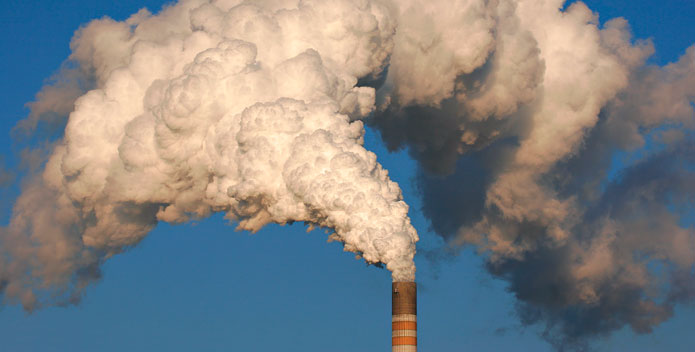 What happened?
In 2005, despite the significant body of scientific evidence showing a correlation between increased carbon dioxide concentrations in the atmosphere and increasing global temperatures, EPA refused to develop regulations curbing the emission of greenhouse gases like carbon dioxide from power plants, cars, and trucks.

Because of growing concern over climate change and sea level rise, several states, local governments, and private organizations brought a lawsuit to require EPA to create regulations designed to curb the emission of greenhouse gases (carbon dioxide, nitrogen oxides, methane, and hydrofluorocarbons). In 2007, the Supreme Court held that given the clear scientific evidence for human-caused climate change and the potential for adverse human health impacts, EPA had the authority under the Clean Air Act to regulate greenhouse gases. Click here to learn more about Massachusetts v. EPA, 549 U.S. 497 (2007).

Several types of power plants (coal, nuclear, gas, oil, hydroelectric) generate electricity for our homes and businesses. The Plan focuses on coal-burning power plants. Several lawsuits have been filed against EPA challenging the Plan. Those lawsuits are still pending.

Now, President Trump has signaled that he wants to revoke the Plan. That could be attempted in several different ways, but all would require that the public be given notice of and the ability to comment on EPA's change in position. Citizens, states, or industry could later sue the government if they believed the agency's decision was arbitrary, capricious, or illegal.

How could elimination of the Clean Power Plan affect Bay restoration?
The Plan gives states three ways to reduce carbon dioxide emissions from coal-fired power plants within their borders. The most effective way would be to make the power plants more efficient in generating electricity; that is, make them burn less fuel to generate the same amount of electricity. Making these plants more fuel efficient or even shutting them down would mean the plants would emit less nitrogen oxides (NOx). Because NOx is a major source of nitrogen pollution to the Bay, implementation of the Power Plan would greatly improve Bay health. (See Bay TMDL, Appendix L and Eshleman, K., et al., "Declining nitrate-N yields in the Upper Potomac River Basin: What is really driving progress under Chesapeake Bay restoration?")

Once EPA decides to act, it is expected to tell the courts considering the Plan that it wants to reevaluate the rule so all litigation should be suspended. Then, it is likely that the agency will issue a new rule either reversing the earlier finding that greenhouse gases from power plants are causing climate change that is harming humans or revising the rule significantly to weaken its impact on coal-fired power plants. If the Trump Administration takes such action, it is expected that some states and private groups will sue EPA. A protracted legal fight is expected.

CBF's legal and policy teams are monitoring EPA's actions with respect to the Clean Power Plan and will take the appropriate actions if required to preserve the Chesapeake Clean Water Blueprint and ensure Bay restoration moves forward.

Click here to learn about what you can do right now to support clean water across our region.

Love the sight of the towers driving toward Baltimore....