I have had the pleasure of working with Jame Attanasio and her parents since taking over the Oyster Gardening Program at CBF in 2010, yet her passion extends my tenure begining as a oyster gardener back to 2008. Jamie just completed her freshman year in high school in Montgomery County, but everytime I have a chance to catch up with Jamie she is involved in something new; she is young and full of adventure. Her passion for the critters and making the Chespeake Bay healthier, remains steadfast. Her inital oyster garden of 4 cages (which is the standard) has grown to 18 cages at Oak Grove Marina on the South River.  How many baby oysters has she raised, you ask? Why almost 60,000 thousand oysters, that is impressive! 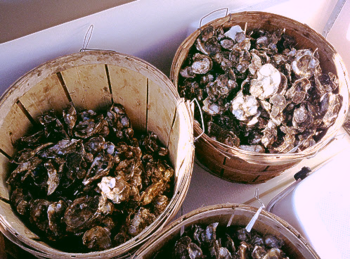 For the past three years she has also represented CBF and Oyster Gardening at Rockville Science Day.  Each year it attendance grows, with now over 3,000 people attending. Jamie, with the help of her friends and family, think of new and creative ways to teach/showcase the wonders of oysters for all ages to enjoy each year. Since she is still young herself, she had done a fabulous job connecting with the kids who line up to see and take part in activites at the 'cool oyster booth'. 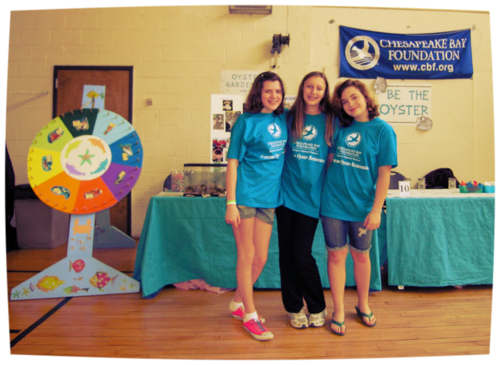 The Attanasio family (Kevin, Ann, & Jamie) spend their free time boating in the Chespeake Bay near the South River. Kevin, Jamie's father, who comes from a family of watermen in New York, likes to help Jamie produce the biggest healthiest young oysters she can each season. So a little brainstorming and a few trips to the local hardware store later, all 18 oysters cages have been modified to help with maintaing the oysters and to protect the boats in the marina. The Attanasio family added simple PVC tubes on either side of the cages, thus making them buoyant and very visable. The tubes are slighly longer than the cages to protect the boats moving in and out of slips from dings and scratches. This adapted cage style keeps the oysters  at the top of the water column during the warmer months where food and oxygen are more abundant. During the cold winter months they remove the tubing and sink the cages, suspending each one just off the bottom to protect the precious baby oysters from the cold air during blow out tides. 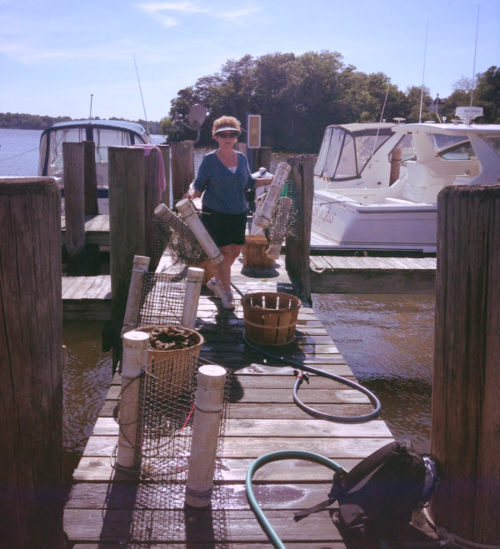 I want to end on a note of thanks. Jamie and her family are incredible stewards of the Chesapeake Bay and make my job very rewarding. Jamie Attanasio is a young leader I can't wait to see what adventures await her in the future. She will do great things, and she is ensuring her path in life promotes clean water and nature. 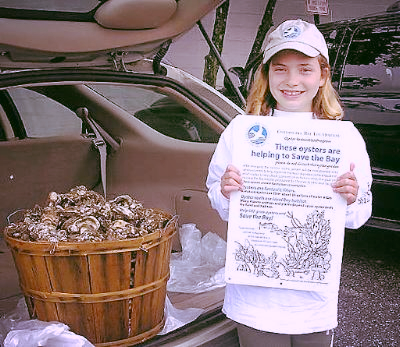 If you want to become a CBF Oyster Gardener please visit our webiste and sign up for a workshop later in the fall.

-Meghan Hoffman (photos courtesy of myself and the Attanasio Family) 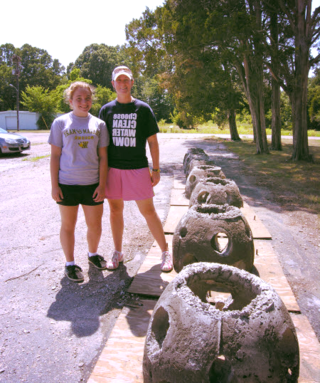