Save the Oyster, Save the Bay: The Orvis Company Supports CBF’s Oyster Restoration Program

At CBF we know how important oysters are to saving the Bay and its rivers and streams. That’s why every year, with the help of generous donors, like The Orvis Company, and hardworking volunteers who donate their time and energy, CBF plants millions of baby oysters in local waters.

This year, CBF is in remarkable company as one of only four organizations chosen as a recipient of The Orvis Company’s 2014 Orvis Customer Matching Grant program. CBF was selected to receive a $30,000 challenge grant from Orvis that will match customer donations 1:1 through the year, up to $30,000.

This challenge grant will support CBF’s oyster restoration work in Maryland and Virginia. Through our Oyster Restoration Centers in Shady Side, Maryland and Gloucester Point, Virginia—and with the help of thousands of volunteers—CBF will build hundreds of concrete reef balls. These reef balls will be set with spat, juvenile oysters, and then deployed onto sanctuary reefs in the Choptank River in Maryland and the Lafayette River in Virginia. (http://www.orvis.com/intro.aspx?subject=9845)

“Protecting the natural world and a love of the outdoors is not just a corporate commitment, but a way of life that resonates with all of us her at The Orvis Company. That’s why we give 5% of pre-tax profits to protect nature. This year, a portion of this commitment goes towards the Chesapeake Bay Foundation’s work in restoring the oyster population that is so critical to the health of the Bay,” said Perk Perkins, CEO of Orvis.

Oysters are a natural filter. They remove algae, sediment, and other pollutants from the Bay and in the process improve water quality and clarity. Their large reefs provide habitat for fish, crabs, and other Bay organisms. 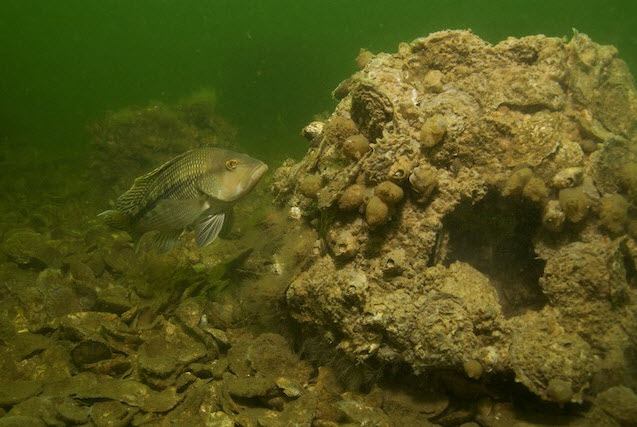 Unfortunately, oysters are less plentiful than they were decades ago. In fact, until the 1980s, oysters supported the most valuable fishery in the Bay. Today, as a result of decades of pollution, overharvesting, and disease, the Bay's native oyster population has been estimated at as low as one percent of historic levels.

The good news is that our hard work is paying off. Oysters are more plentiful: Virginia's oyster harvest hit 406,000 bushels for the 2012-2013 season, outpacing the previous year by nearly 60 percent and marking the largest harvest since 1987. In Maryland, the 2012 Fall Oyster Survey showed that oyster population and reproduction increased for the second consecutive year (and is at its highest level since 1999).

But the oysters still need your help! To make a donation, visit www.cbf.org/OrvisCommitment, or send cash or check made payable to CBF to the Chesapeake Bay Foundation, c/o The Orvis Company, 178 Conservation Way, Sunderland, VT 05250, or make an online purchase at orvis.com and tack on your donation to your purchase. 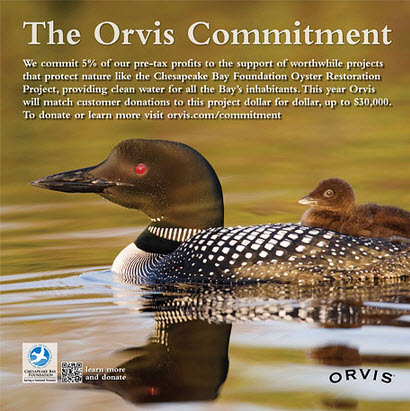